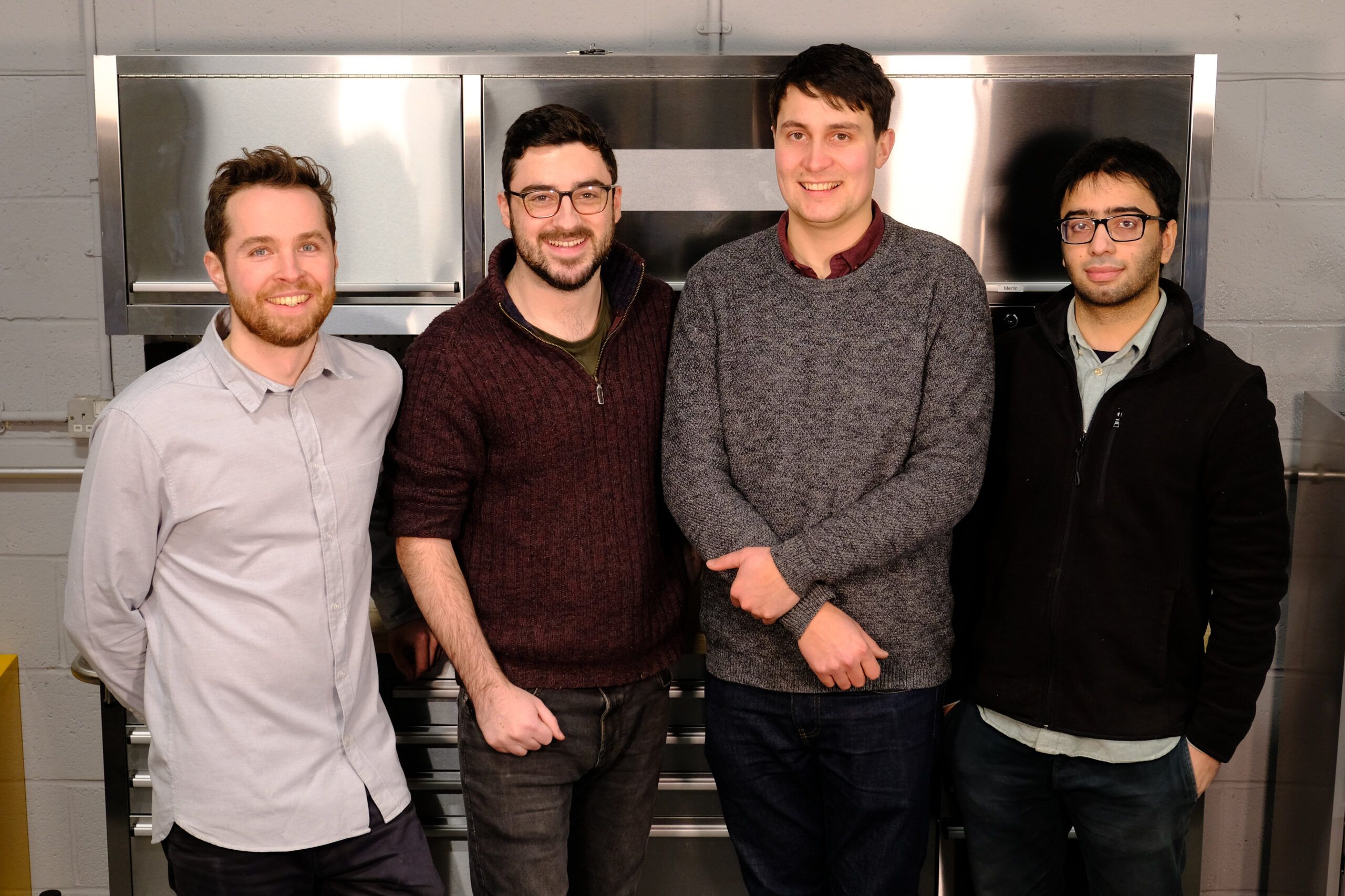 Scintam Engineering, is pleased to announce that the British Design Fund have become our latest backer. Read their press release below:
University of Nottingham spinout, Scintam Engineering, has developed an innovative technology that uses electricity to help relieve a major problem faced within aerospace, automotive and other engineering industries. The start-up recently secured a £125K investment from British Design Fund, as part of a £325K seed funding round, as it now looks to take its technology to market.

Industries such as aerospace, automotive and renewable energy currently rely on manual processes when they wish to dismantle or service their high value assets. However, the fasteners holding such assets together can be difficult and time consuming to remove. Using electrical pulses to dissolve these fasteners, Scintam Engineering provides a solution that not only reduces costs and almost eliminates the risk of damage, but also aids remanufacture and sustainability.

The start-up was co-founded in 2019 by Dr Sam Catchpole-Smith, who has a background in mechanical engineering and advanced manufacturing. It was launched following the completion of a successful research project, which highlighted the potential for the technology to benefit a broad range of industries across the world.

Sam explained: “Releasing seized fasteners is a massive operational challenge across many industries, with current manual methods often leading to damage to assets and costly delays. With our technology, we aim to help reduce costs, increase operator safety, and provide certainty during maintenance scheduling.”

He continued: “We’re thrilled to have the backing of British Design Fund and our other investors. We have an exciting year ahead, where we will be moving to new larger premises and hiring additional engineers to further develop the core technology to target the remanufacturing sector. This is a key part of our strategy – to provide our customers with a sustainability boosting product that can be put to work immediately.”

The company was recently awarded an Innovate UK grant which will support product development and the team’s goal to achieve a 100% yield in remanufacturing, helping further reduce waste and carbon emissions.

Damon Bonser, CEO, British Design Fund (BDF), said: “We’ve been so impressed by Sam and the team at Scintam. The technology they have developed has huge potential and a broad range of applications for so many industries. We look forward to supporting the team as the company moves forward and brings its products to market.”

British Design Fund works with ambitious British product start-ups who are ready to scale-up and build thriving stand-out businesses. Alongside capital investment, BDF provides expert mentoring to support such companies to accelerate their growth plans. Scintam is the 21st business to receive investment from the fund since it was launched in 2018.

Hear from Scintam Engineering co-founder, Dr Sam Catchpole-Smith, who has been speaking to the BDF team about the origins of the company and its plans for growth. You can watch it by clicking here.

Scintam develops cutting-edge repair, maintenance and remanufacturing tooling for a range of engineering sectors. Our pioneering technology provides environment and sustainability benefits to our customers by enabling repair instead of replacement - our aim is to maximise the number of components that are remanufactured, preventing the need for highly energy-intensive new manufacture. We design tools for aerospace MRO, and the energy and remanufacturing sectors.

Founded in March 2021, Scintam is supported by Innovate UK funding to advance our research and development capability, driving growth in the industry through the development of new technologies.